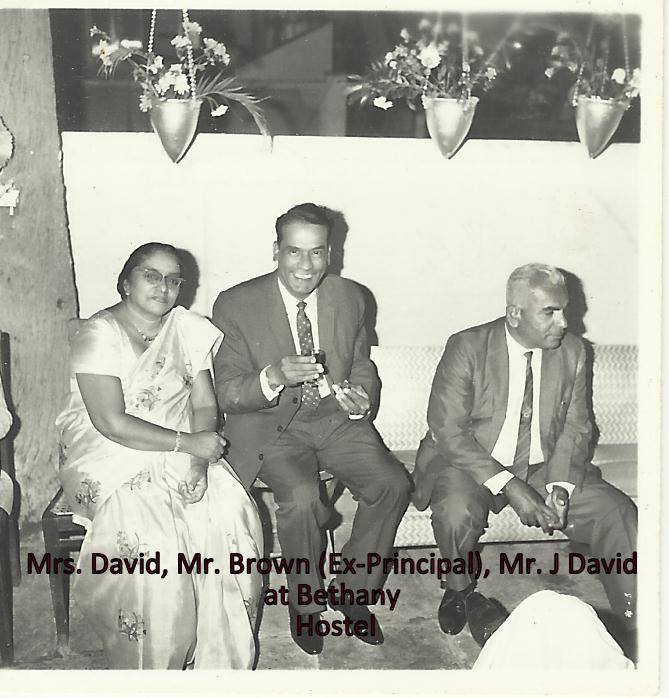 Bethany Adopting 3 Schools In Memory Of Its Founder

BENGALURU: Bethany High School in Koramangala will on Sunday celebrate the 100th birth anniversary of its founder Mignon David by adopting three government schools in its vicinity. Each adopted school will get Rs 50-75 lakh.

“We’ll build modern classrooms, restrooms and train teachers in these government schools to provide quality education to its students. This was the vision of Mignon David, “ said Bethany Institutions director Akash Ryall, who is Mignon’s grandson.

Bethany adopting government schools is much in sync with Mignon’s education journey. Mignon David, who was from Sri Lanka, came to spend her holidays with her extended family in Kodaikanal along with three children – Darell (8), Leonard (9) and Yisult (7). One morning when she went to a post office, she fell in love with Joe David. After their marriage, they went to Sri Lanka.

But due to Joe’s transferrable jobs, the family moved to Chennai. But tragedy struck when their sons drowned while trying to rescue their dog. The family then moved down to her Richmond Townhome. Every evening Mignon would drive the streets of MG Road, Richmond Town, Langford Town and see children struggling for a meal. She decided to adopt them and this led to Bethany Home in 1963. “The children were provided food and educated by my grandmother,” Ryall added.

My mother (Yisult) studied in a private school but because of financial problems, she couldn’t pay school fees on time. My mother was asked to stand on benches the whole day and this angered my grandmother,” Ryall said. She started her own school in 1974 Bethany Home School in Richmond Town that had one child with four teachers with Mignon as principal and invited children of the neighborhood to join the school which now has 4,000 children.

Mignon also opened a school for special children in 1983. “These included children suffering from dyslexia, autism and who were slow learners,” added Ryall. Mignon passed away in 1976.